Bonus points if you read the title in the Mortal Kombat voice. So in case we didn't know, I'm in my 2nd year of university, and this year, I tried my hand at Frosh Week again (not as a Frosh... as a leader).

The first week of university, also called Orientation Week, to get the freshman (AKA the frosh) acclimatized to their new environment. This year, I signed up to be a leader, or as Queen's puts it, a Gael!

Last year my older brother prepared me for university by telling me that Frosh Week would be the best week of my entire life, which even then I felt like was not the most important advice he should have been imparting on his terrified little sister, about to move hundreds of kilometers away from home.

Especially because I am not social butterfly that my brother is when it comes to partying. Actually, I say awkward things loudly. I'm weird. A lot of my humour is steeped in a deep level of nerdy pop culture references. Frosh Week was fun, but also disorienting and exhausting.

The 2nd time around, on the other hand, really was one of the best weeks of my life.

We started with an already exhausting week of leader training, with hours on end of case training, lectures, approaches to alcohol, you get the idea. My greatest accomplishment was waking up and getting to Gael Meetings at 8am, I really felt like an official adult.

Then the actual orientation week! Meeting my frosh made me feel like I was a mother duck adopting my little ducklings and let me tell you, by the end of the week I felt even moreso. I got the best Frosh, and the most stellar fellow frosh leaders working with me.


And we did all of the things that I did last year, like getting covered in mud and dirt and shaving cream and painting coveralls, and teaching them a very long, hard to remember dance to this song.

We also carried around some foam swords and challenged other frosh groups to duels so that time passed quicker when we waited for things. And then at the end, of course, there was a highschool-esque dance to finish the week...

Which is better than it sounds, because it was YULE BALL THEMED. There was fake snow and floating candles and a Goblet of Fire, house balloons, a platform 9 3/4 to take photos on, and also ENDLESS AMOUNTS OF WONDER. 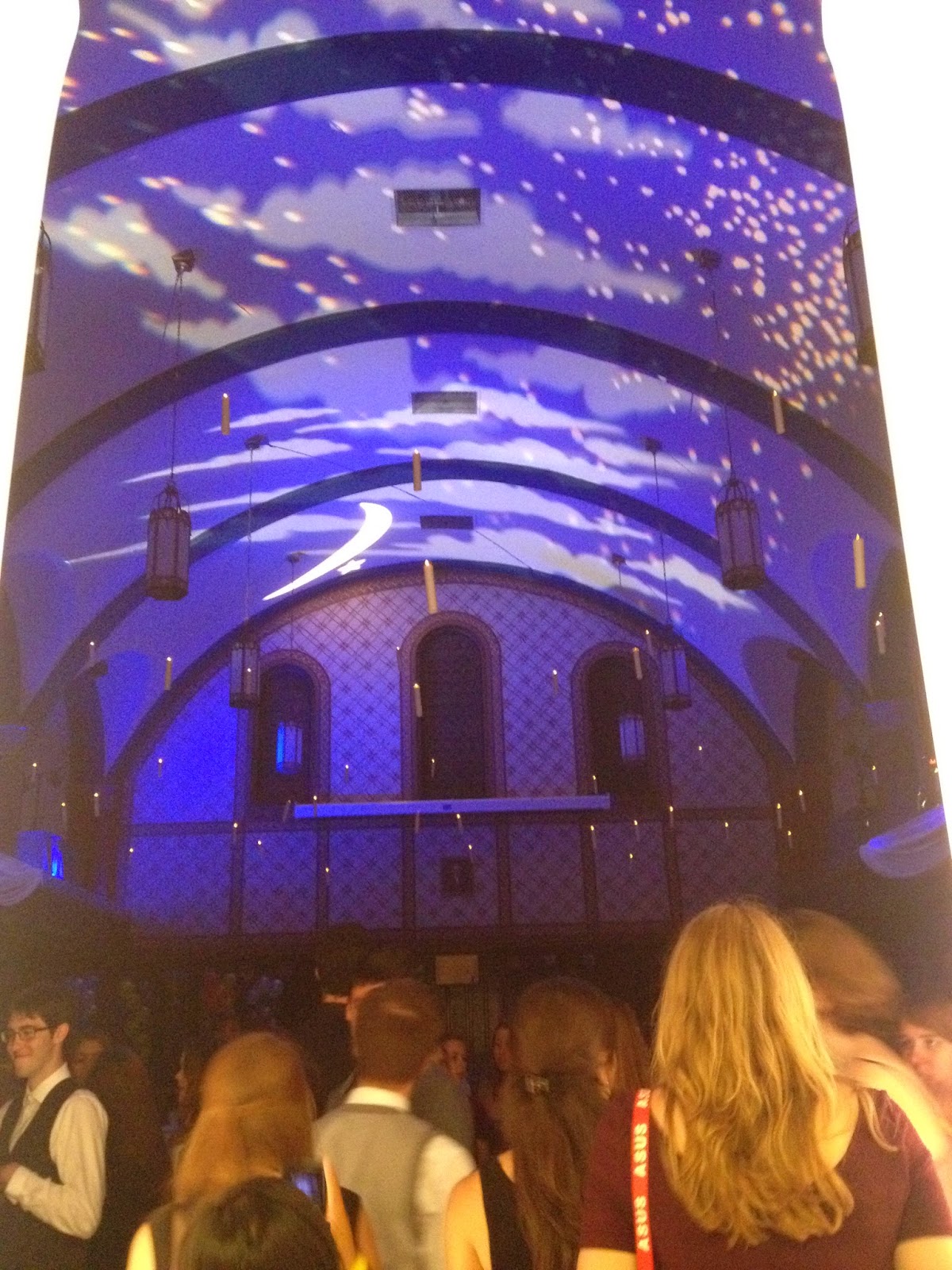 I've always been outgoing and outspoken, but also always anxiously aware of the things that run through my head that are just "a little too much".

For me, being a Gael was great because I left what little self-consciousness I had behind. When I was a frosh, I was a little less eager to throw my weird out into the world. I was less likely to wear a paper Khal Drogo beard all day, start dance parties, force duets onto people, and scream alarming kindnesses at strangers.

You know, all of the stuff that sounds fun if only they were mildly socially acceptable.

And so, from Frosh Week I discovered my new goal this year: to live life unrestricted by myself.

Yes, my morals are still firm in place, and yes, I still censor myself in settings that are appropriate (lecture halls, for example), but I'm tired of not doing the things I want to just because they're not regular.

Earlier this week, I walked down the main road to the bus stop, bowl of milk and cereal in hand, because I was going to be late for class if I ate breakfast at home but god damn did I want my fruity pebbles.

I like the me that I am when I'm not worried about what other people think. Especially because it makes other people smile. Whether they're laughing with me because I laugh often or laughing at me because I don't mind making a fool of myself on the daily, I really don't care, but if something makes myself and other people happy, it seems like a pretty good goal.

I know that I was supposed to teach my frosh things this week, and guide them (and I think that I did for the most part!), but I definitely learned something too, and had a lot of cheesy  fun doing it.


Oh! One more thing!
My 19th birthday was the day after, so the week really did end with a bang. I left the dance a little bit before midnight and one of my friends, who was also an orientation leader, surprised me with a vinyl set of Dany and Drogo (because I collect Game of Thrones Vinyls like a cool cat), but more importantly, a very sweet card.