Why the Game of Thrones Season 5 Teaser Is Brilliant

Game of Thrones is probably the most popular television show out there right now, right? I mean, I at least know it's the most torrented, so that has to count for something. But it's only around for like 11/52 weeks of the year, so it's hard for some people to stay attached during the off-season, you know?

There's no official trailer yet (although a lot of the castings, including the Sand Snakes, have already been announced) but everyone over at HBO certainly has a clever way of making sure you stay invested in the show when April 2015 rolls around.

If you input your twitter or cell number into the website, you'll get this cute little text message: 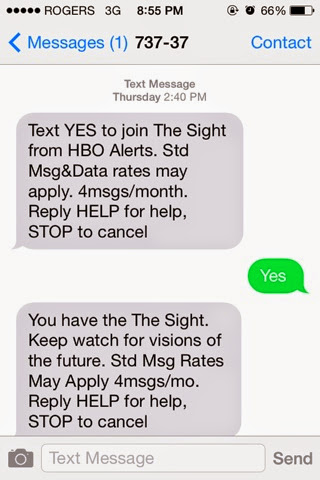 Now, Game of Thrones is indefinitely my first love (test me on Robert's Rebellion!), but I'm not going to just wait around for it to come back for 41 weeks out of the year, right? I have too many shows to watch (Archer/Walking Dead/Orange is the New Black/Misfits/Old episodes of Community/terrible sitcom ripoffs of Friends)!

I'm still not sure what the Sight is (if anyone has any idea, please let me know in the comments), but I can rest easy knowing I'll be notified immediately and as soon as possible! 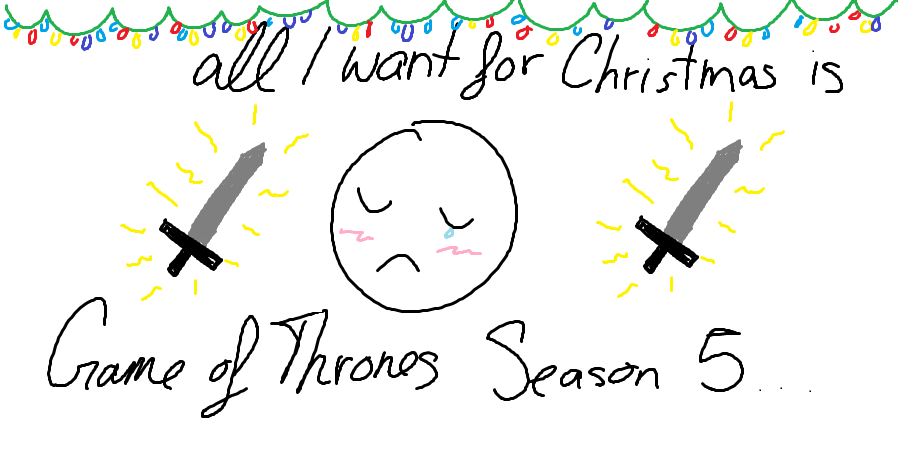