This weekend was Toronto's Anime North! And of course, I blew way too much money on nerd gear because what else could you expect, right?

I DID wear my Harley Quinn dress but it wasn't a very full-hearted attempt and I forgot to take any pictures. The real score this weekend was all of the cool stuff I got: 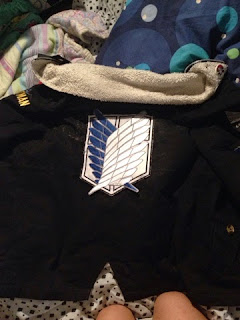 Is that a GIANT Survey Corps. patch from Shingeki No Kyojin/Attack on Titan for only $20? Yup! 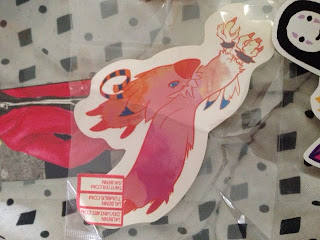 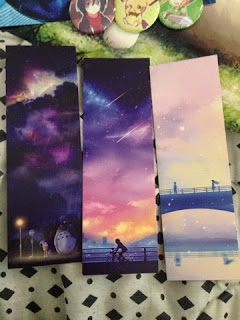 I also hauled in a bunch of cute $1 stickers (you can see the No-Face sticker peekin' his head out) and some bookmarks that are just so visually satisfying. This artist really took the cake! If you like her stuff, you can find more of here at her Deviantart [HERE]. She goes by Sugar Mints! 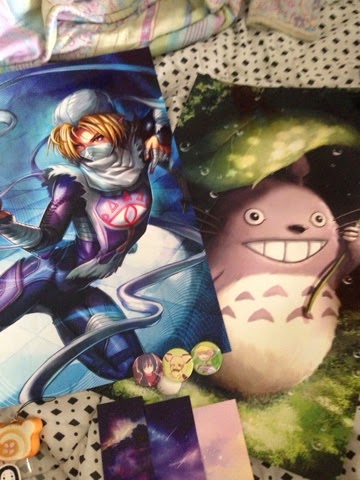 I also got some sweet prints of squishy lil' Totoro and my Smash Bros. main, Sheik. 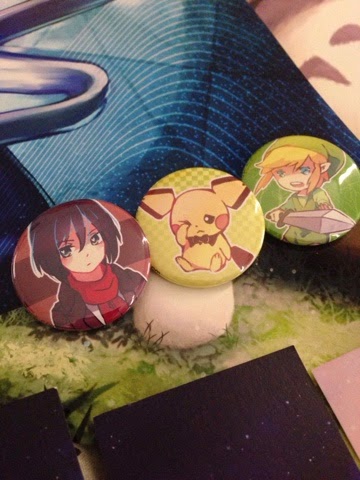 And some sweet buttons.

Honestly, I go Sticker Crazy at AN. Last year, I bought all of these stickers of famous game characters riding Yoshi's, (Snake from Metal Gear, Sora from Kingdom Hearts, and Link from.. well.. you know) which, if that's not the cutest thing, i don't know what is.

Conventions are definitely the best place to go for original art, and people are sooo talented there (I could not, in a million years, be that good).

I think that next year, I should be more serious about cosplaying because that seems like half of the fun.

I also bought a ton of keychains and little useless things, but I wish I had more money. This guy tried to sell me a replica Longclaw sword for $100, and was saying he'd throw in an extra iron shield as a bonus. Which, I mean, I wasn't going to buy a second Longclaw, but it was tempting.